This time last week, I was packing for my trip to Costa Rica.Its kind of incredible how quickly time flies when you are having a good time.  I told you in my previous post that I was meant to travel to Cuba with my friend Hayet Rida. This trip was our makeup attempt but we had the pleasure of being joined by two friends Jessica and Chante. So much to tell you about this trip! But first, let me break down our 5 itinerary.

We flew into San Jose Airport  on a Thursday night  and drove to Turrialba where our airbnb was.  We rented a car at the SJO airport. The airbnb was nice enough to provide a driver that picked up the car and all of us from the airport. Our trip began with a midnight stop over at McDonalds. Listen, don’t knock it until you have tried the fried chicken in the Costa Rican McDonalds! That chicken was lit! Then, after being on a foggy, dark, bumpy and windy road for over 3 hours, we finally made it to the top of the mountain in Turrialba. And thus started our Costa Rican adventure…

We had an awesome breakfast cooked by the host of our airbnb, Yamilet. Then Yami took us on the bus into downtown Turrialba. We got to ride the bus! What an experience. We even got to stop for some ice cream. If you are ever in Costa Rica, you have to stop at POPS. 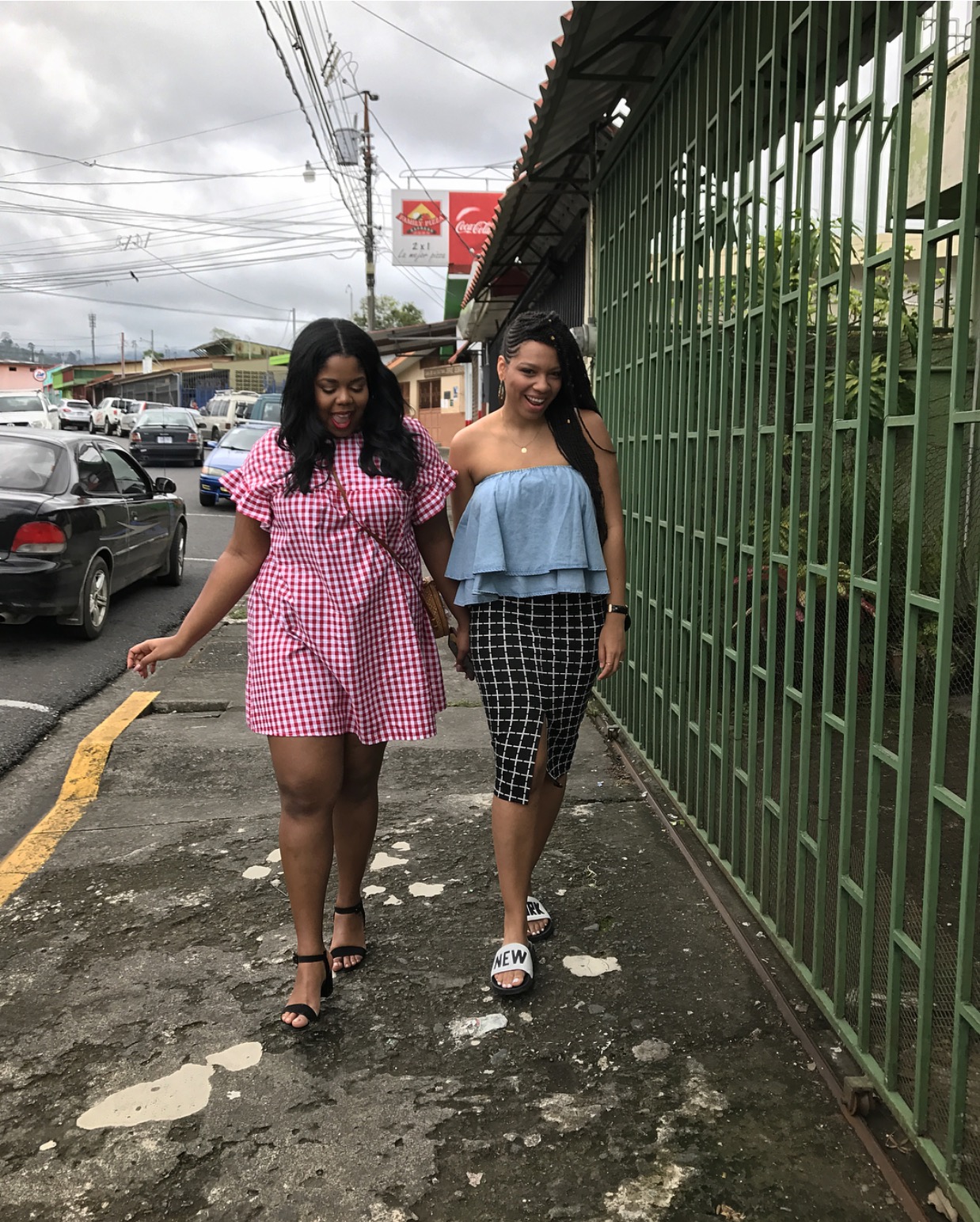 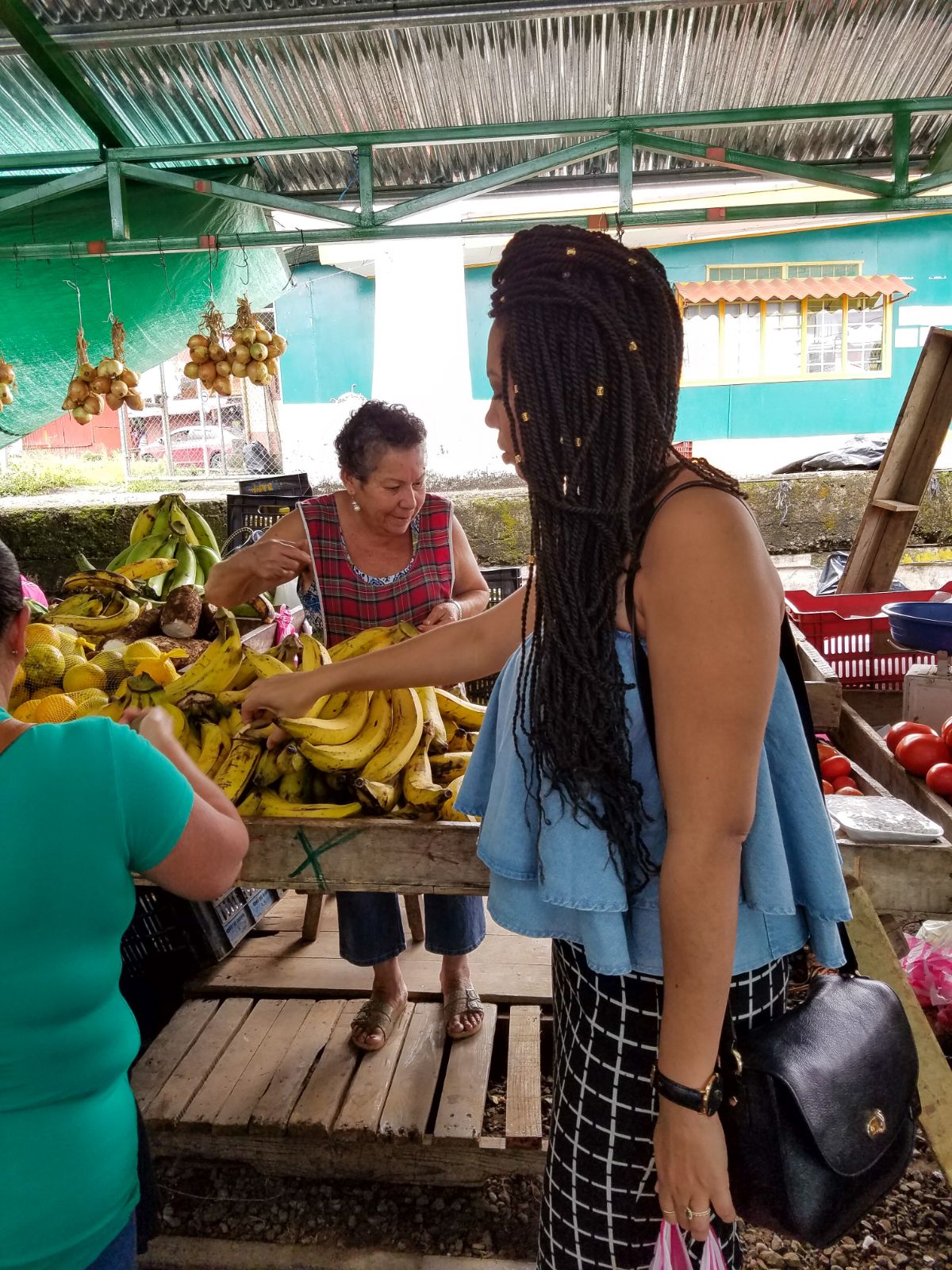 We woke up early due to the time difference. The house was covered in a thick fog but It was rather soothing. We got ready and made our way to Guayabo by 9AM to see pre mayan Ruins. If I am being honest, this was a workout to see stones. I don’t think any one in the group was thrilled about the hike mainly because we didn’t do our research. So do your research! Don’t just listen to your airbnb host. Clearly our ideas of “fun” didn’t align. The second part of the trip was down to the waterfall which was a rather magnificent view. To get closer to it, we had to climb up and then be lowered down. You can probably guess we chose not to. We weren’t about that mountain climbing life 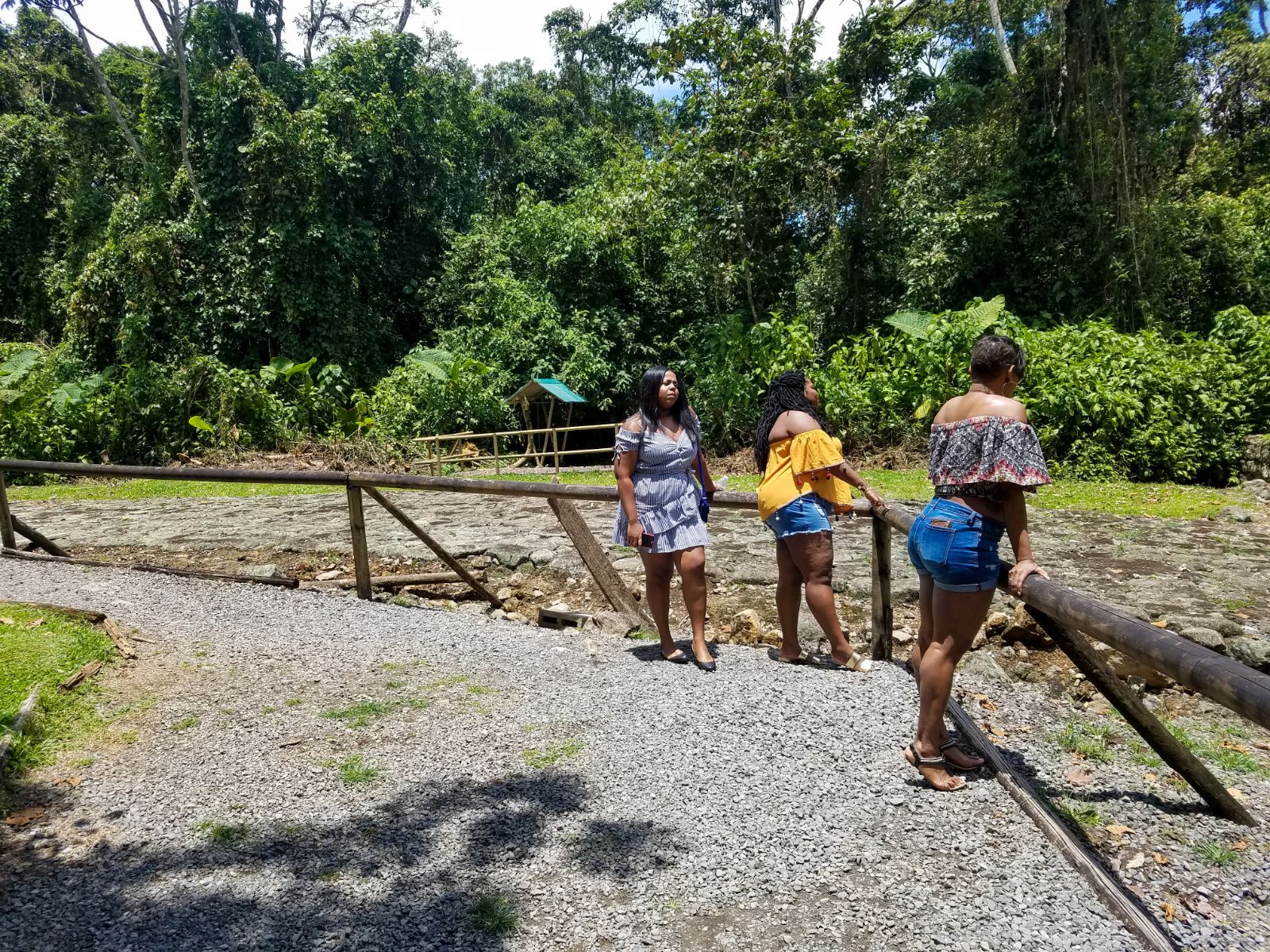 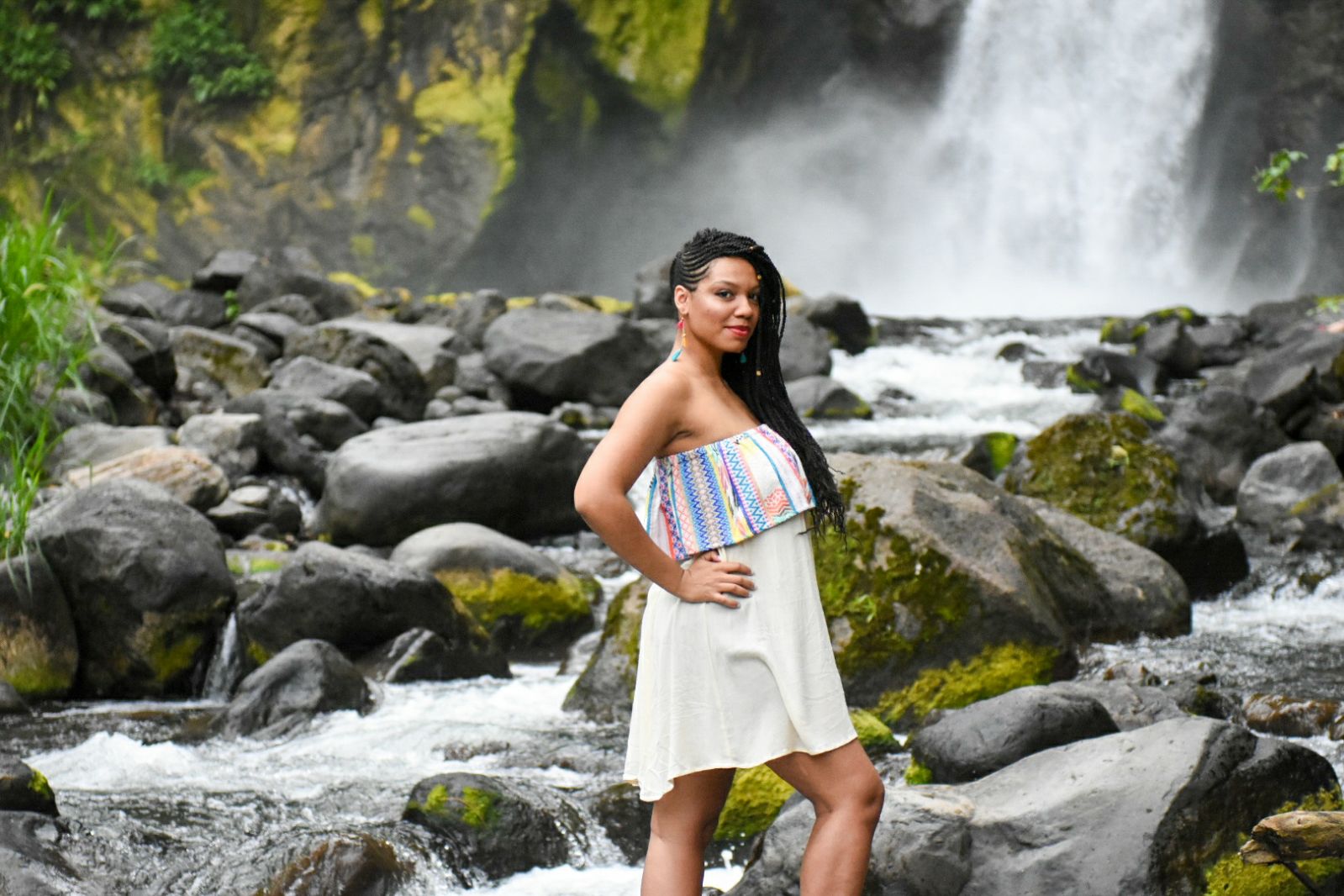 This day started off super early. We needed to leave the house by 630AM to make the 4 hour journey to the beach. Jess valued her sleep so much that she did not join us for this part of the trip. It was a good day with good food, laughs and some light shopping. It was also the day that I got severe sunburn. Make sure to pack your sunscreen! 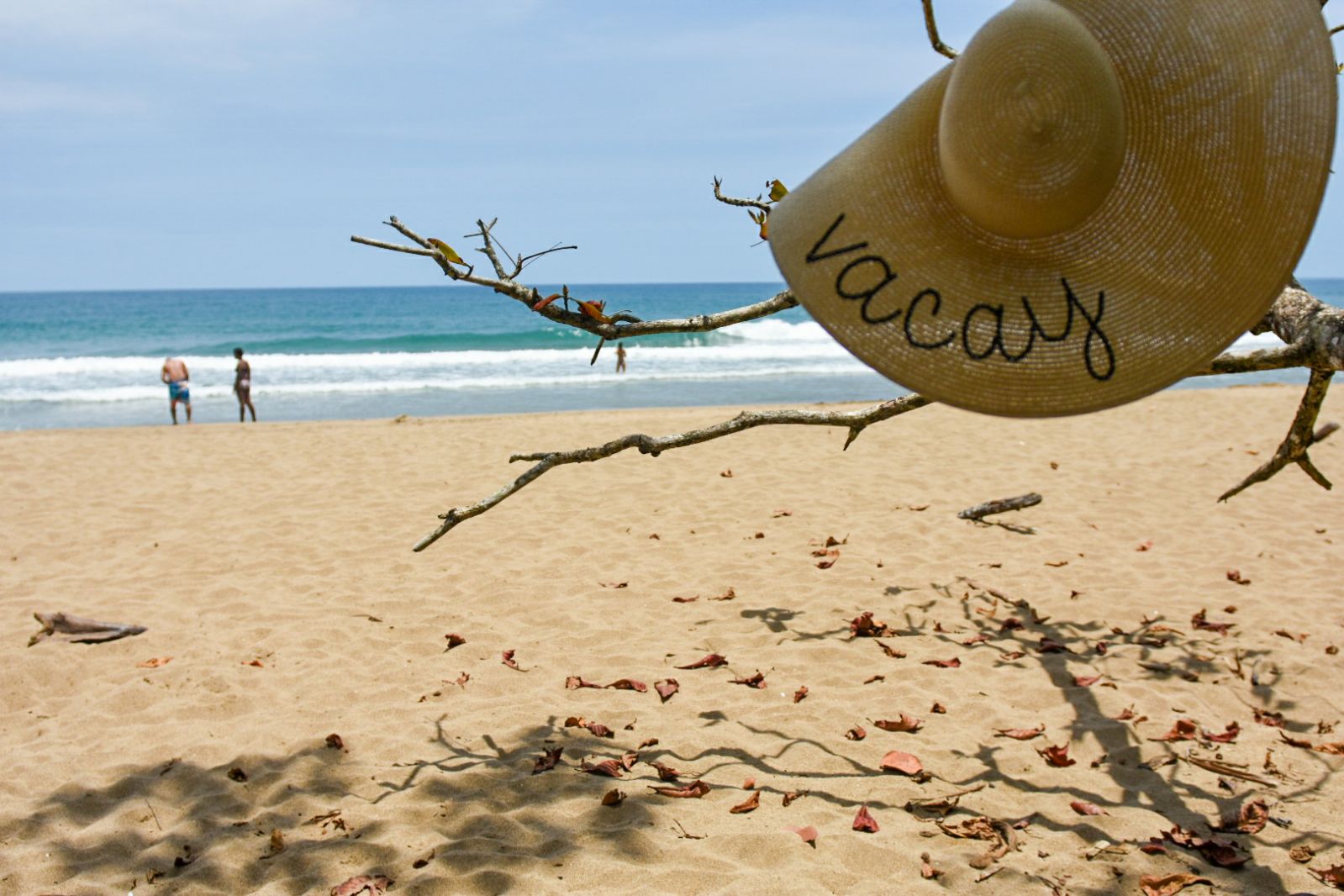 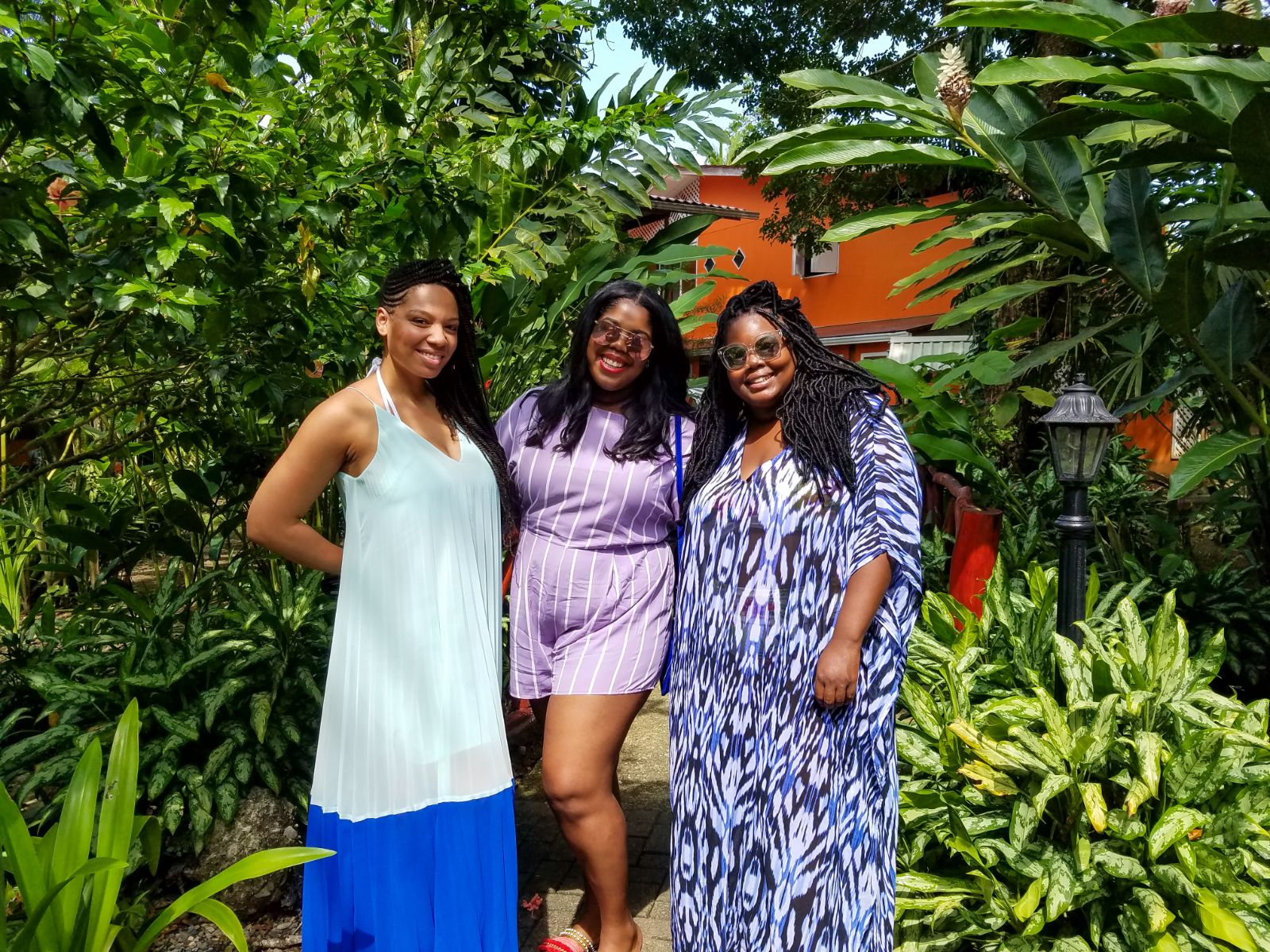 This day started off nice enough, we were making our way to Irazú volcano when I lost a necklace that my mother gave me a very long time ago. As if this wasn’t bad enough, we arrived at what was meant to be hot springs to find a hot swimming pool! Wow.  I mean, I had made the plans with an English speaking airbnb owner who knew I had intended to see the natural hot springs in Arenal. Instead she suggested we go to Paraiso hot springs that was closer. When we complained to her, her simple response was that she had sent several people there and none of them complained. Turns out , she had no clue that it was basically a microwave pool because she had never been there herself. So guys, even though the direct translation of hot springs is agua caliente, make sure you double check with pictures. Lots of pictures. This is pretty much when I decided I was over Costa Rica. 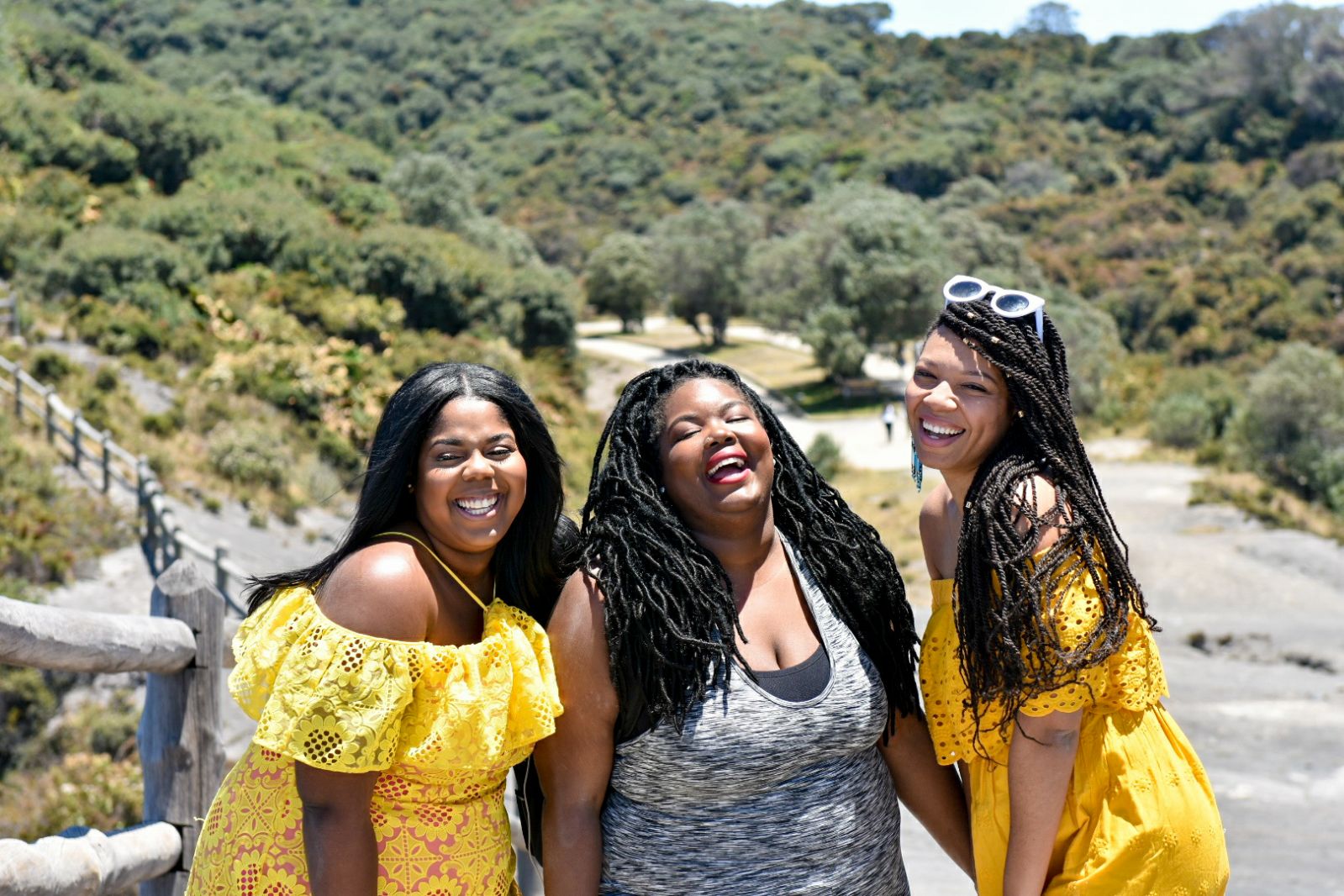 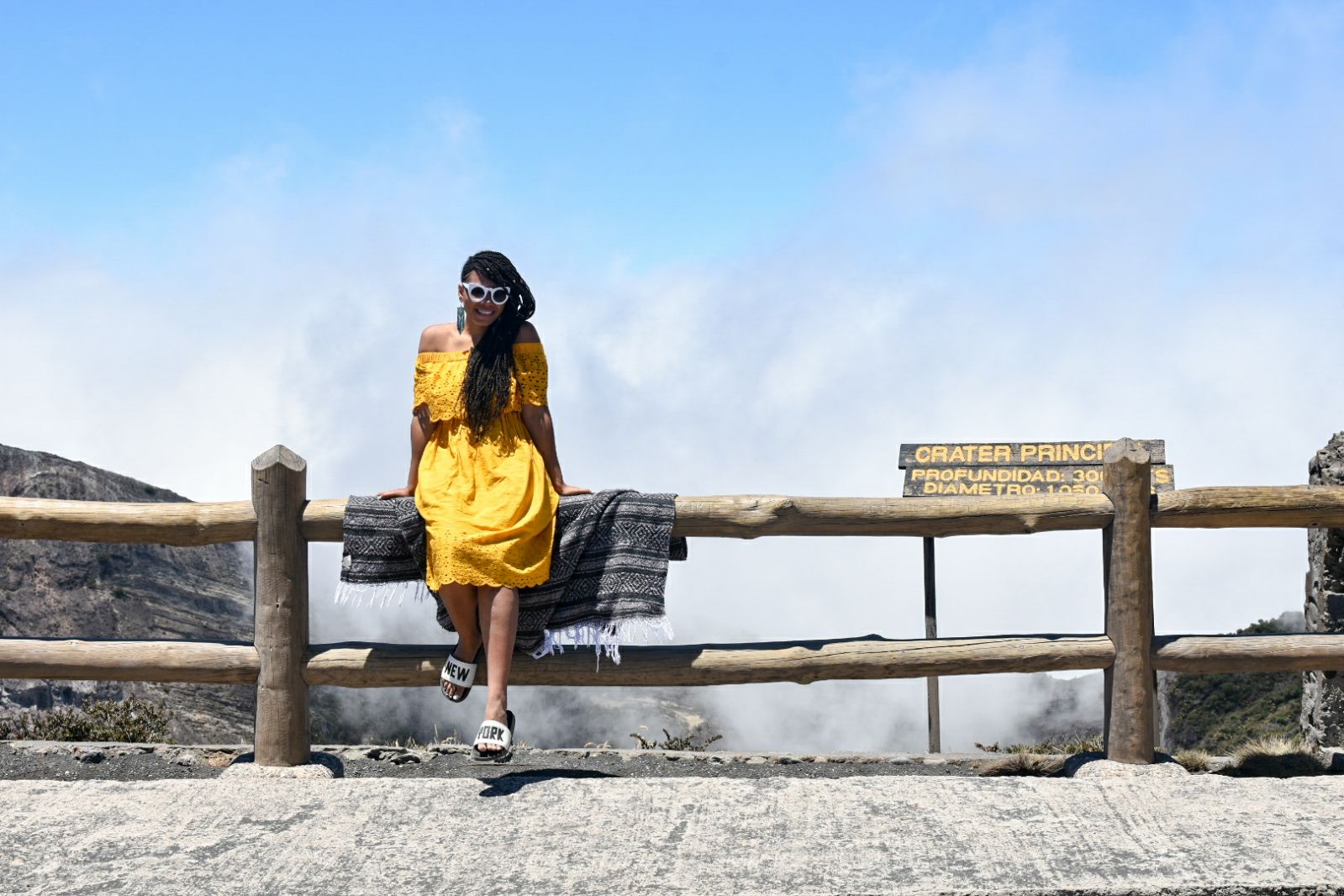 Our flight was at 7AM this morning which meant that we had to leave the airbnb at 230AM to avoid traffic. We got to the airport in decent time to have breakfast and prepare for the journey home. Side note; there is seriously no point to mentioning your name to a Starbucks barister no matter where in the world you are. I mean, I said it three times! And still, she wrote Tina. 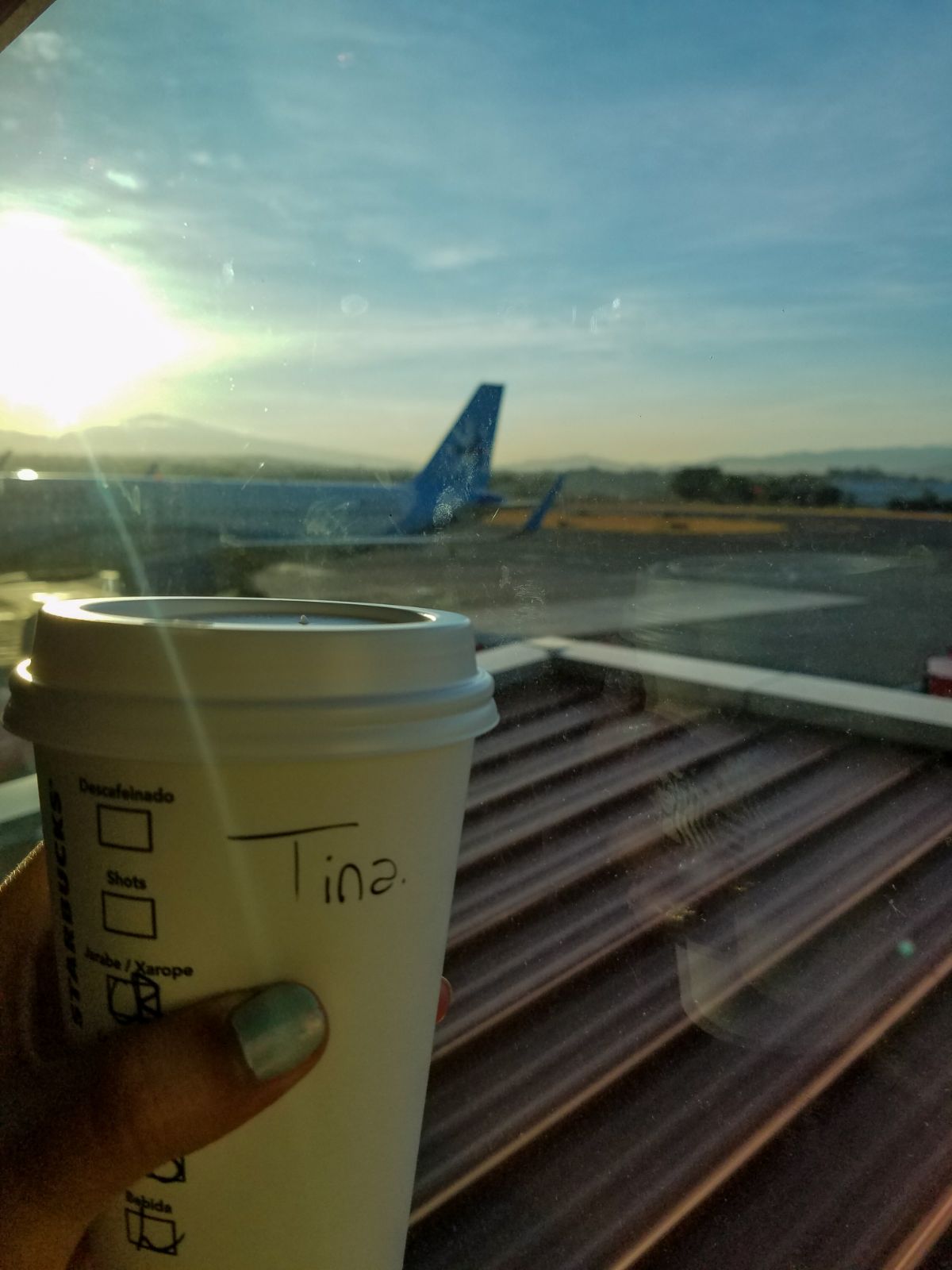 Guys! I’m so happy to be home. I mean I loved Costa Rica and it was a good time with my girls but I was missing some testosterone in my life 🙄. I feel like 5 days is the longest I can stand to be away from my husband. This trip lasted just the right amount of time. Will I visit Costa Rica again? I think yes. 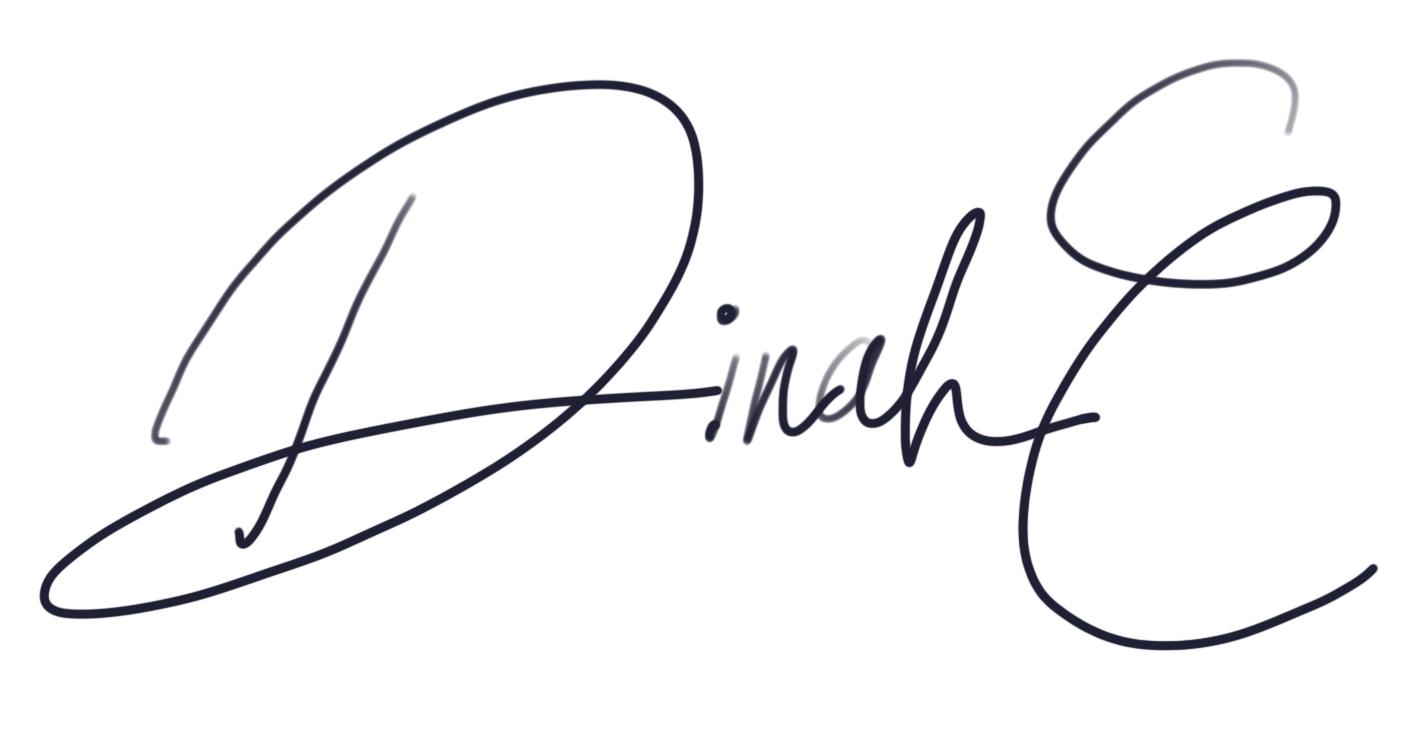 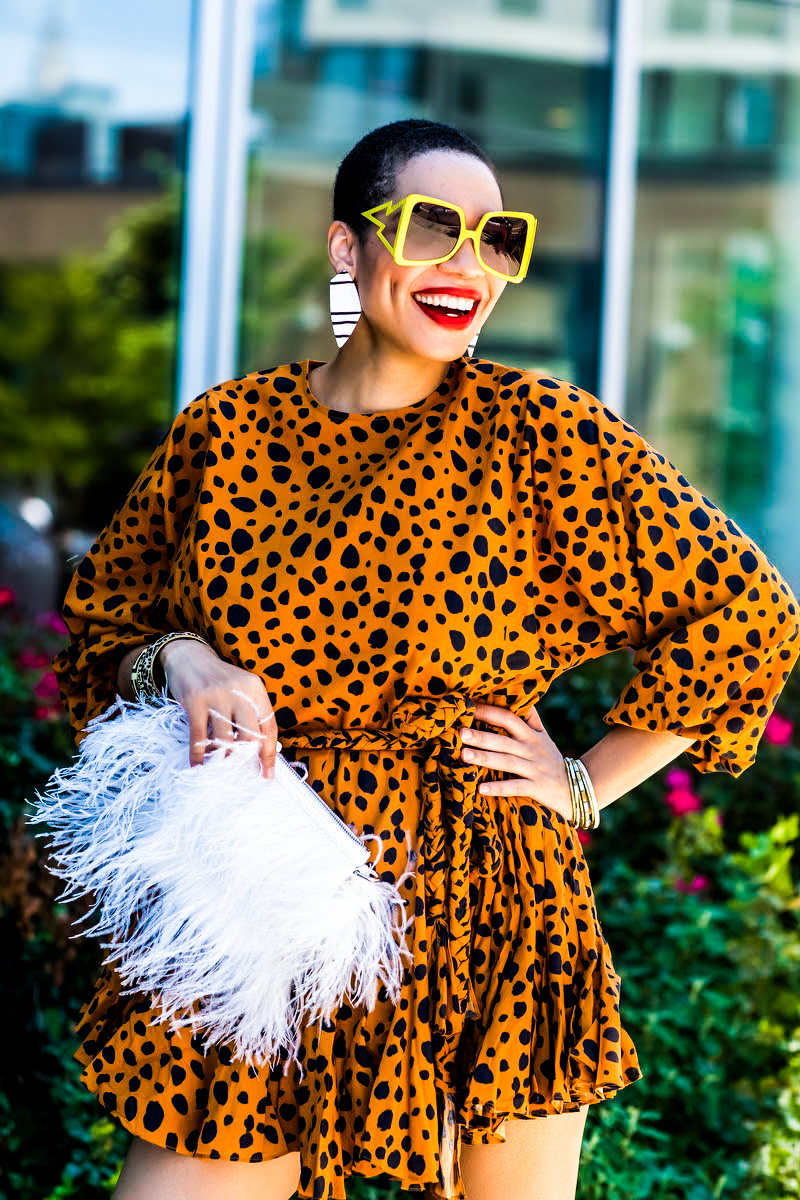